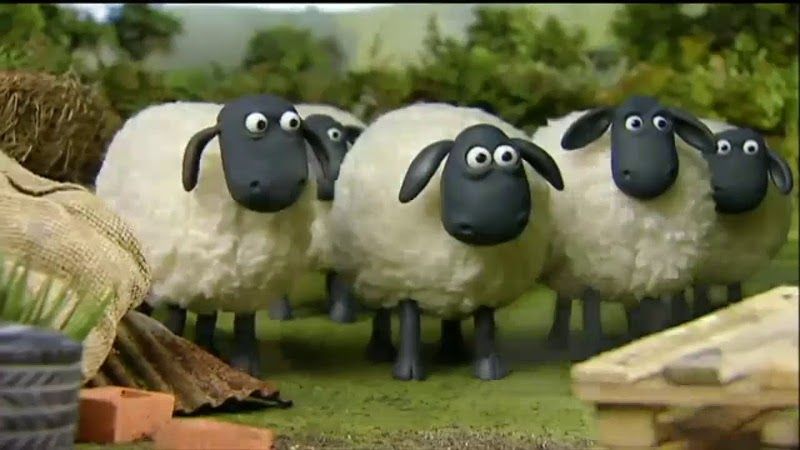 NPR (National Public Radio)'s food-news program, The Salt, just posted a great segment that asks the question, "After WWII, Mutton Fell Out Of Favor In The U.S. Can It Make A Comeback?" That's a fantastic question and the article presents a marvelous history lesson, but it brought up a larger question in my mind: is it possible for us—at scale—to bring diversity back to our diets?

To illustrate my point, attempt this little exercise. Go to any grocery store anywhere in the United States. Now, try to buy mutton. Are you still looking? You won't find it. Now, attempt to buy a chicken, one each of: a broiler, a fryer, a roaster, a stewing chicken, and a capon.* "A what?" you ask. Raise your hand if you are scratching your head. Congratulations, you are most likely under fifty years of age and certainly not alone.

Here's a summary: Every animal you eat is generally a young animal. This is a new practice.

That chicken you ate? Fewer than eight weeks old. Lamb? Six months to a year. Beef? Eighteen months is common. Etc. Oh, and that beef is probably angus and that chicken is probably a cornish cross. Lamb versus mutton; beef versus culled or dairy beef; fryers versus roasting or stewing chickens—these are all distinctions based on age and suited to different cooking techniques and dishes.

Lamb is meat from a youthful sheep (confusingly, a live baby sheep is also called a lamb—not the same). Beef can be anything, but is generally meat from a youthful cow. But mutton is meat from an older sheep, usually older than two, often seven years or older. If you purchase beef marketed as a quarter dairy cow, like my mother used to do, that is an older cow, one that no longer economically produces milk.

Today's typical grocery store chicken is what your grandparents called a broiler. A fryer can be older but is still relatively youthful. A roaster is older yet, and perfect for—you guessed it—roasting. And a stewing chicken is an old chicken, often what they call a "spent hen," usually over the age of two. Each variety of chicken calls for different methods of cooking. Your grandmother would typically make chicken soup from a stewing chicken, not a broiler. Why? Because a broiler is too bland. Open Julia Child's Mastering the Art of French Cooking and she will call for a roasting chicken for roasts and a stewing chicken for stews. This is no accident.

These distinctions were all common 40 to 50 years ago. Alas, these distinctions have largely gone away. Older animals today become dog food or mixed in with other ingredients and animal parts to become ground or processed meats.

You may be able to find some of these items at specialty stores, groceries that serve ethnic minority and immigrant communities, food districts in large cities, and perhaps some of the high-end grocery stores. You may even have some luck at the farmer's market or from a farmer directly, but even within those markets these distinctions have become increasingly rare.

So, why aren't these varieties on the shelves anymore?

It's not because they are poor cuts of meat. In fact, the opposite. They are generally more flavorful. The real reason is economic: variety is harder to market and not conducive to commoditization and industrialization. And if you take something off the market long enough, a whole generation loses knowledge of that product and the item again becomes harder to market, even in the specialty shops. It's a vicious cycle. We forgot how to cook them; we forgot they even exist. Add a stigma coloring the opinion of a particular meat (read the linked-to article above) and that food variety all but disappears.

How did this happen?

You can thank modern shipping, just-in-time inventory, and the commoditization of agricultural production for the remedialization of your diet. I can eat oranges at any time of the year. The same goes for potatoes, lettuce, apples, avocados, and more. We have a much broader breadth of choices than we had in the past—year round, seven days a week, and sometimes even 24 hours a day. But this is misleading, breadth of choice is different than depth of choice: we have seemingly more choices, but what we really have is more availability—availability at the cost of variety and quality.

When you buy corn, you are buying one or two varieties of corn. When you buy a potato, you have only a few choices. Tomatoes? The same. There are over 1,000 varieties of potatoes in the world, but at your supermarket? What, maybe three? Four? Heck, there are over 500 breeds of chicken in the world and we now only have access to one at the supermarket. Fifty years ago, you had many more choices.

Industrialization of food has dumbed down food. Compound that with a generation of conditioning, and the result is a population that has largely forgotten how unique and amazing the choices they had were. Even small farmers today are forced to sell the same limited varieties because consumers simply won't buy anything else, not enough for the farmers to have it make economic sense. In many ways, our forebears ate so much better than we do today.

Will these foods ever come back?

Tandem Farms has a small flock of egg-laying chickens. When their time comes, we will enjoy chicken soups and stews that are out of this world. And when our sheep hit old age, we look forward to the complex flavor profile that can only be obtained from mutton.

There is a burgeoning movement for better food in the United States, but it would take a huge change for the industry to shift dramatically enough to truly move the needle. It has to at some point anyway due to its inherent destructiveness and associated debt of externalized costs. In the meantime, maybe we'll finally see mutton back on the menu and at the grocery store. That assumes there is anyone left that appreciates (and pays for) nuance and variety in their food choices.

Here's to a better food future. Happy Thanksgiving everyone.

* A capon is a neutered chicken (a rooster, obviously). This process allows the chicken to grow larger and the flesh more flavorful (due to age). It is (or was) commonly eaten in place of a turkey, especially for special occasions. They are still commonly available overseas and even today you can have one shipped to you via Amazon, believe it or not.

This article has been crossposted between Makin' Hay and Errant Ruminant.